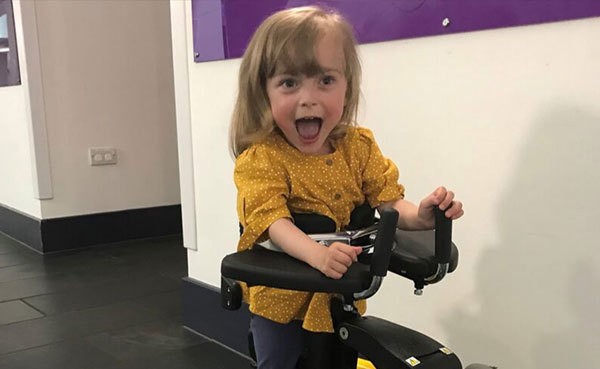 Five years ago we were just like any other couple, in our early 30s, perfectly healthy, had not long got married and decided to take the next step to start a family.

At the first pregnancy scan, we were told that we would be having twins – from that very moment it was an emotional rollercoaster and at 24 weeks problems started to arise.

An emergency caesarean section saw our identical twins delivered at 28 weeks, Sienna first at 2lb 4oz, with her sister Lyla even smaller at 1lb 11oz.

In those early days, with both babies in the neonatal unit at the Royal Gwent Hospital, nobody could tell us how severely affected Sienna would be.

It was a long two years before we had any idea how severe Sienna’s and it wasn’t just Cerebral Palsy that was the only consequence of prematurity. Sienna’s sister, Lyla, had a rough road through neonatal and both girls had multiple admissions the following winter due to viral infections.

It is always hard not to compare children to their peers and it’s even harder when they have an identical twin, seeing one progress and the other one not.

Seeing Lyla reach the usual baby and toddler milestones, when Sienna couldn’t, has given us mixed emotions, especially in the early days when she started to crawl and walk.

It can be quite lonely having a child with additional needs, it was therefore great for us as a family to find a place where people really understood. 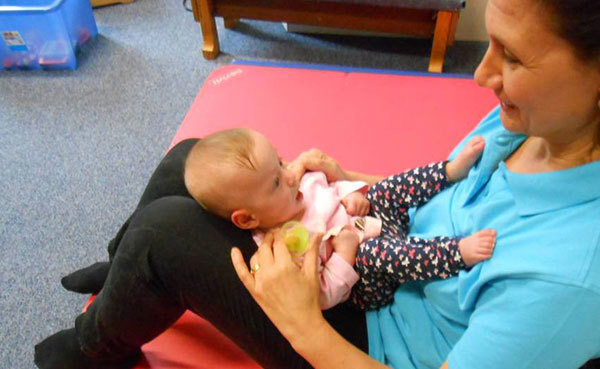 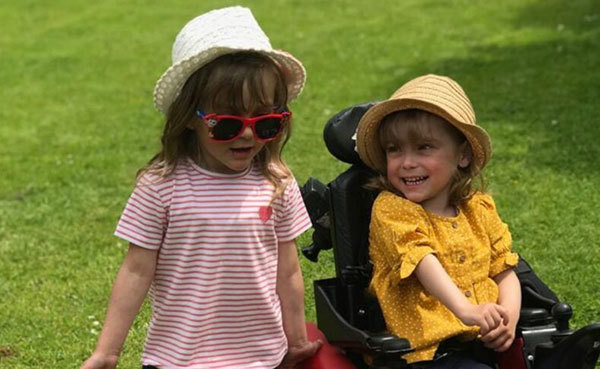 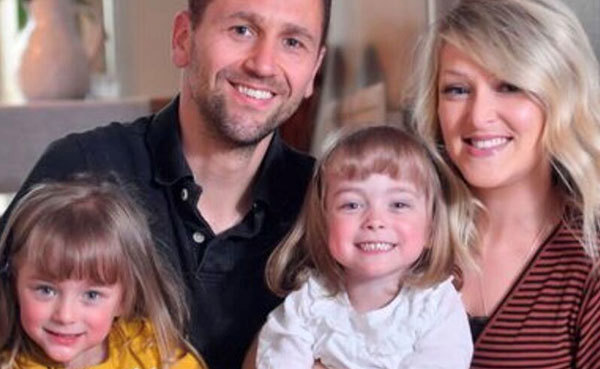 We found Cerebral Palsy Cymru purely by chance and our relationship started with them whilst the girls were still in neonatal. We made a self-referral to the Centre and a month after leaving hospital and Sienna became the youngest child to be accepted on to Cerebral Palsy Cymru’s early intervention programme. We received four blocks of intense therapy a year for 2 and half years. We learnt a huge amount. The specialist knowledge that the Centre offers is simply second to none. Their therapists quickly understood Sienna’s individual needs and how spasticity influenced her tone.

They have always provided bespoke therapy to meet Sienna’s needs. Her first session was dominated by understanding why she would get so upset at times. She wasn’t being a whiney baby she was getting frustrated by her limitations and, at the time, that was her way of communicating it to us. Her development and will to overcome the hurdles she faces amazes and inspires us both on a daily basis. She is now able to sit independently and therapy has been essential in increasing her core strength.

The early intervention programme, has been such a comfort to us as we were doing something positive from pretty much day one for Sienna. The support and comfort that Cerebral Palsy Cymru provides means that the therapy doesn’t just stop with the child who receives it, the whole family benefits. Our time in the early intervention scheme has ended and we now hope that we can get NHS referrals to Cerebral Palsy Cyrmu in the future. We are confident that with continued therapy and support, that Sienna hasn’t reached the peak of her development, and our confidence and faith is all thanks to the great work that Cerebral Palsy Cymru do. 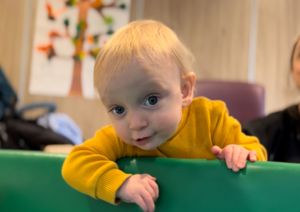 After our first therapy session, I left Cerebral Palsy Cymru’s children’s centre with some… 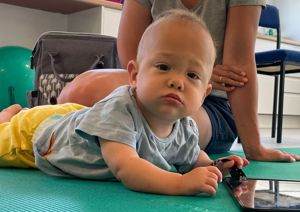 We left that initial therapy session on an absolute high and haven’t looked back since! 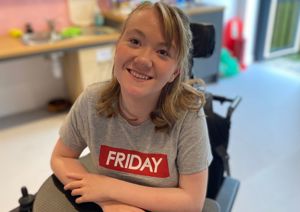 Hi, my name is Charlotte and I have just turned 15. I have recently taken part in Cerebral…